Flagship Scuba is a specialist company in sales and servicing of diving and marine equipment in the recreational and commercial diving market. We are also suppliers of Search and Recovery equipment to State Agencies and volunteer groups.

Flagship Scuba was founded in 1999 by Rory Golden, who has been actively diving since 1976. Rory wanted to create a company which could provide a full range of products to the growing number of people taking up diving as a recreational activity.

The Company was originally and uniquely located on the old Aran Islands Ferry, “Naomh Eanna” in Grand Canal Basin, Dublin 4, which was our home for 15 years. During this time we have grown to become the largest Scuba Diving retail store in Ireland.

We are now located in a 2000 sq. foot premises in Sandycove, Co. Dublin, which is close to the East Coasts’ most popular shore diving location and five minutes away from the main port of Dun Laoghaire, where most dive boats in Dublin are based.

This large retail unit has the ideal space to allow us to set out the full range of diving equipment we stock. We are dealers for all the major brands such as Apeks, Aqualung, Atomic Aquatics, Beuchat, Cressi, Fourth Element, Northern Diver, Ocean Technology Systems, Spare Air, Scubapro and Suunto. This makes us ideally placed to kit out all levels of diver, from the novice right through to the experienced and technical one.

With over 50 years of combined diving experience, we are here to offer fair and impartial advice to assist you in selecting the correct equipment for you and your diving needs. We are a small Irish Company, run by divers for divers, so come visit Irelands’ No: 1 dive store, ask us for advice, or just browse the different categories here at our online store, and email or ring us us with any queries. 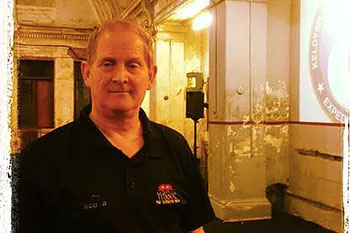 Rory has been a keen and avid scuba diver for 40 years with unique experience as both a recreational and commercial diver. He is a PADI Master Scuba Diver Instructor and a CFT/CMAS MON *** Instructor. He also qualified as an HSE PT 1 commercial diver, and test dived rebreathers in the early 1990s.

He made two dives to the Titanic wreck at 3,875 metres in the Russian MIR submersibles, in 2000 and 2005. He has recovered artifacts that are now on display in exhibitions, including the main ship’s wheel helm, and placed two memorial plaques on the bridge of the ship from Titanic’s last port of call, Cobh, and it’s birth place, Belfast.

Rory was the main participant in “A Journey to Remember “, a documentary of TITANIC 2005 Expedition.

He was also a team Member of the F-1 Apollo Engine Recovery Expedition in March 2013, which recovered 5 Apollo F-1 Saturn first stage rocket engines, including the centre engine from Apollo 11 that sent man to the moon in 1969. The Expedition Team was awarded the Citation of Merit by the Explorers Club of New York. Find out more here. 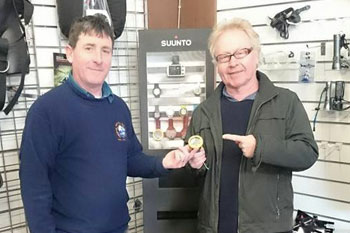 Derek has been diving since 1999. He started his diving life as a student of Flagship Scuba where he qualified as a PADI Divemaster. He then turned his hobby into his career. He enjoys cold water diving and rated Scapa Flow as his favourite diving location. He is our designated equipment specialist & technician and is usually found setting-up or servicing someone’s equipment.

Our company policy motto is: “Safety in all aspects of the business”